Home/Protection of Frogs
­
Previous Next

Common frogs (Rana temporaria) breed in February or early March, making them one of the earliest amphibians to do so after winter. Tadpoles hatch approximately 2 weeks after spawning, mature over two to three months and then transform into froglets in May or June.

The photo below shows a new silt fence installed as an inventive way to protect tadpoles along an access route for a project on which Inis are acting as onsite Aquatic Ecologists.

Common frogs (Rana temporaria) are protected under the Irish Wildlife Act 1976, the Wildlife (Amendment) Act 2000 and are also listed on Annex V of the Directive on the Conservation of Natural Habitats of Wild Fauna and Flora (92/43/EEC). 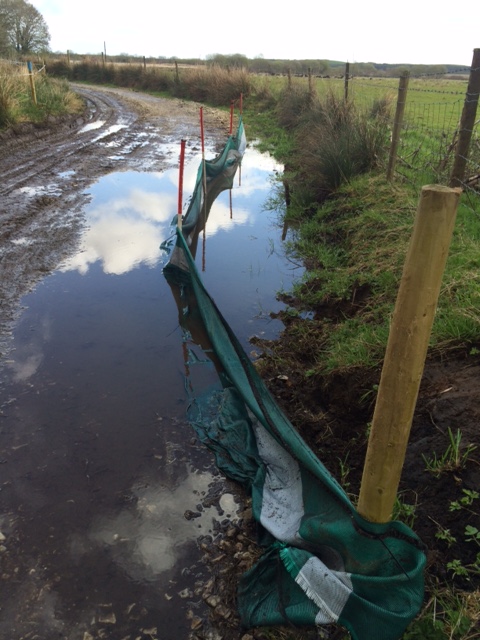